This week's dick of the week is an entire city's police force and policy makers.  Poor Leo Lech was just minding his own damn business when some dick gobbler decided to use his house as a hideout while running from the cops on a shoplifting charge (honorable mention for DOTW in my opinion).

After a 19 hour long standoff with the police, he was apprehended.  However, this poop sniffer didn't go quietly.  No sir.  The cops literally had to blow holes is Leo's house and destroy the interior with tear gas canisters to get him out. Wait, what?

I know what an overreaction is.  My girlfriend loses her shit at when I eat old and, most likely expired, leftovers that are hers.  However this seems a bit excessive. 19 hours and a demolished house for a shoplifter??  Why is the dumpster glory hole does a shoplifter constitute bombs and tear gas?  That's like burning a house down when you find a spider in your bed.

So Leo Lech has a destroyed house and is living out of his car.  That's the worst of it, right? I mea, the city will get him a new house and in time things will be back to normal, right?  WRONG.

Nothing like getting double fucked by the long dick of the law.

And that my friends, is why the Denver Police Force & the Denver Federal Appeals Court get dick of the week.

Read the full article below (via Npr.org)

An armed shoplifting suspect in Colorado barricaded himself in a stranger's suburban Denver home in June 2015. In an attempt to force the suspect out, law enforcement blew up walls with explosives, fired tear gas and drove a military-style armored vehicle through the property's doors.

After an hours-long siege, the home was left with shredded walls and blown-out windows. In some parts of the interior, the wood framing was exposed amid a mountain of debris.

A federal appeals court in Denver ruled this week that the homeowner, who had no connection to the suspect, isn't entitled to be compensated, because the police were acting to preserve the safety of the public.

"Under no circumstances in this country should the government be able to blow up your house and render a family homeless," Leo Lech, the house's owner, told NPR. "This family was thrown out into the street without any recourse."

Lawyers for Lech argued that the police's destruction of his home was a violation of the Constitution's Takings Clause, which says private property cannot be taken for public use without "just compensation." But the problem with that argument, the appeals court ruled, is that courts have long held that police cannot be on the hook for property damage caused in the process of trying to make an arrest.

"As unfair as it may seem, the Takings Clause simply does not entitle all aggrieved owners to recompense," the appeals court wrote.

The suspect in the case, who was wanted in connection with shoplifting, was taken into custody after a 19-hour standoff. More than 100 officers from agencies around the Denver area responded to the incident.

Authorities say the suspect stole two belts and a shirt from a Walmart. After he left the store, police say, he broke into Lech's house for protection and was firing at officers with a handgun. Eventually, SWAT officers entered the home and apprehended him.

Left in the wake of the arrest, though, was a Greenwood Village, Colo., home that looked as if it were collateral damage in a war zone.

"The interior of the Lech Home was a mass of debris and destroyed belongings from the projectiles launched into the home by the Defendants. Chemical munitions or other projectiles were stuck in the walls. The Lech Home was completely uninhabitable and its condition posed a danger to anyone entering the home," one of Lech's attorneys, David Williams, wrote in a federal lawsuit filed in August 2016. 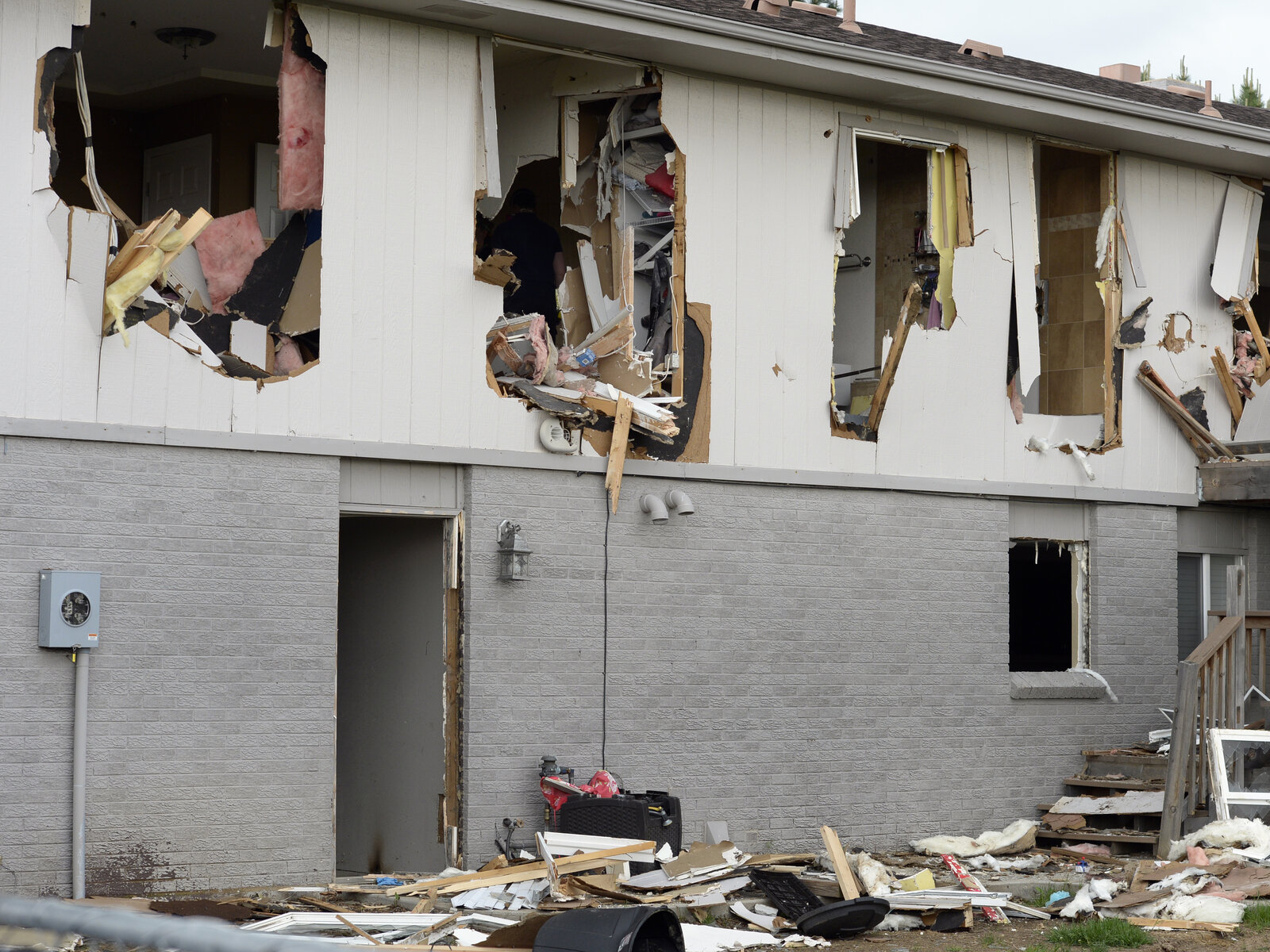 The back side of Leo Lech's former home, which Lech razed and rebuilt after police damaged the property when a gunman barricade himself in the home.

At the time of the episode, Lech was renting the home to his son, John Lech, who lived there with his girlfriend, her 9-year-old son and two dogs. The boy, who was home alone when the gunman entered, was able to get out of the house safely. The family members all moved in with Lech until they found another place to stay.

The city of Greenwood Village condemned Lech's home. It was completely razed to a vacant lot, and Lech said he has spent around $400,000 rebuilding it — not to mention the $28,000 in legal fees he also incurred as he pursued compensation from the city and police. 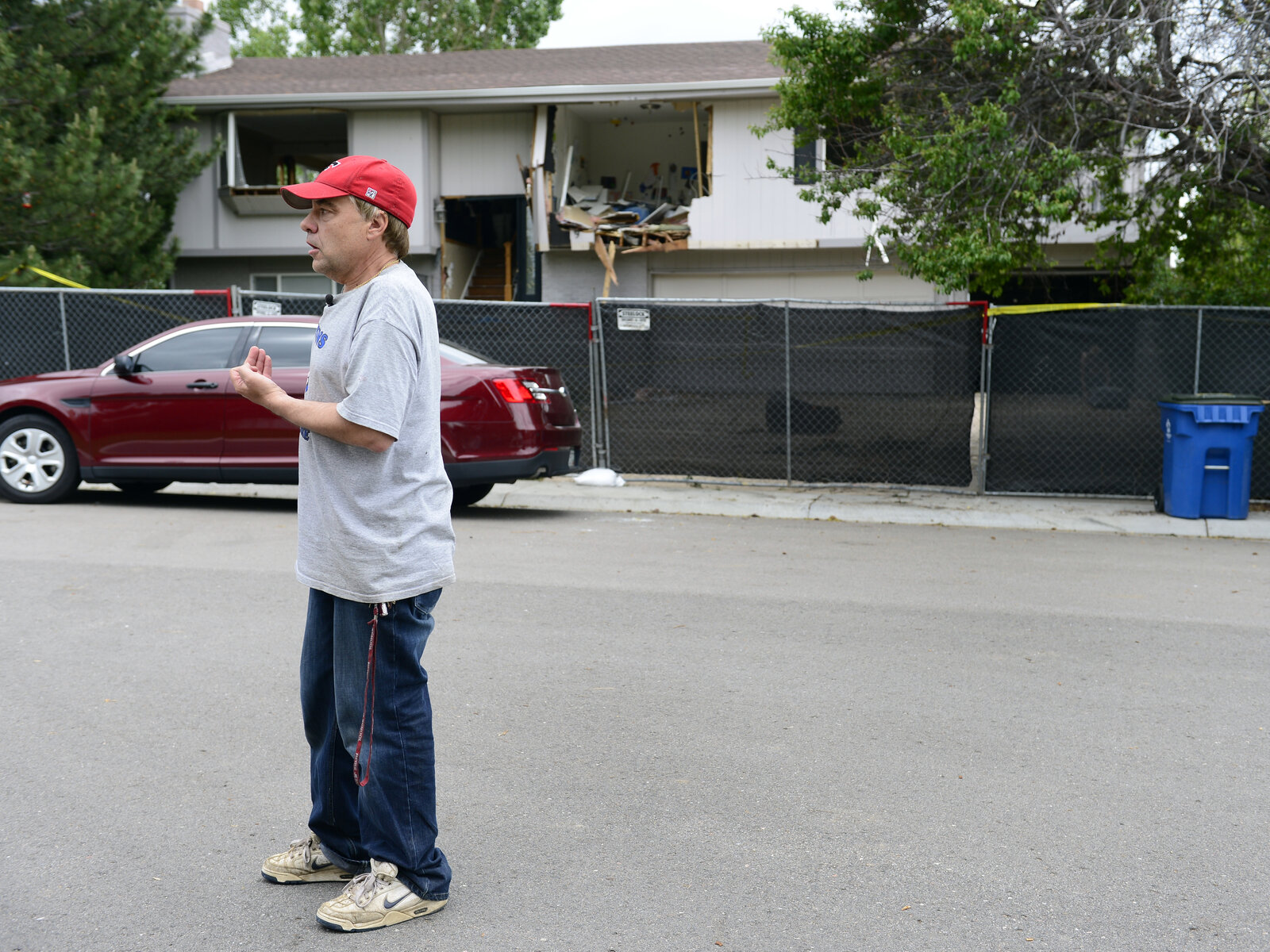 Leo Lech stands on the street in front of his home in 2015. A fence had been placed around the home's perimeter after the police destroyed the property in a standoff with a gunman who broke into Lech's house.

"There needs to be a line drawn for what police departments can do and what they need to do to compensate citizens for this kind of damage," Lech said. "I didn't want to sue anyone for millions. I just wanted fair market value for my house."

Melissa Gallegos, a spokeswoman for the city of Greenwood Village, sent NPR a statement saying the damage done to the house was necessary to "get the gunman out without any loss of life" and referring to the standoff as a police emergency.

"What Mr. Lech also failed to tell you was that he chose on his own to demolish the house rather than repair it, repour the foundation that wasn't damaged and built a bigger better house where the old one stood," said Gallegos. In her message, she included a photograph of Lech's new home. 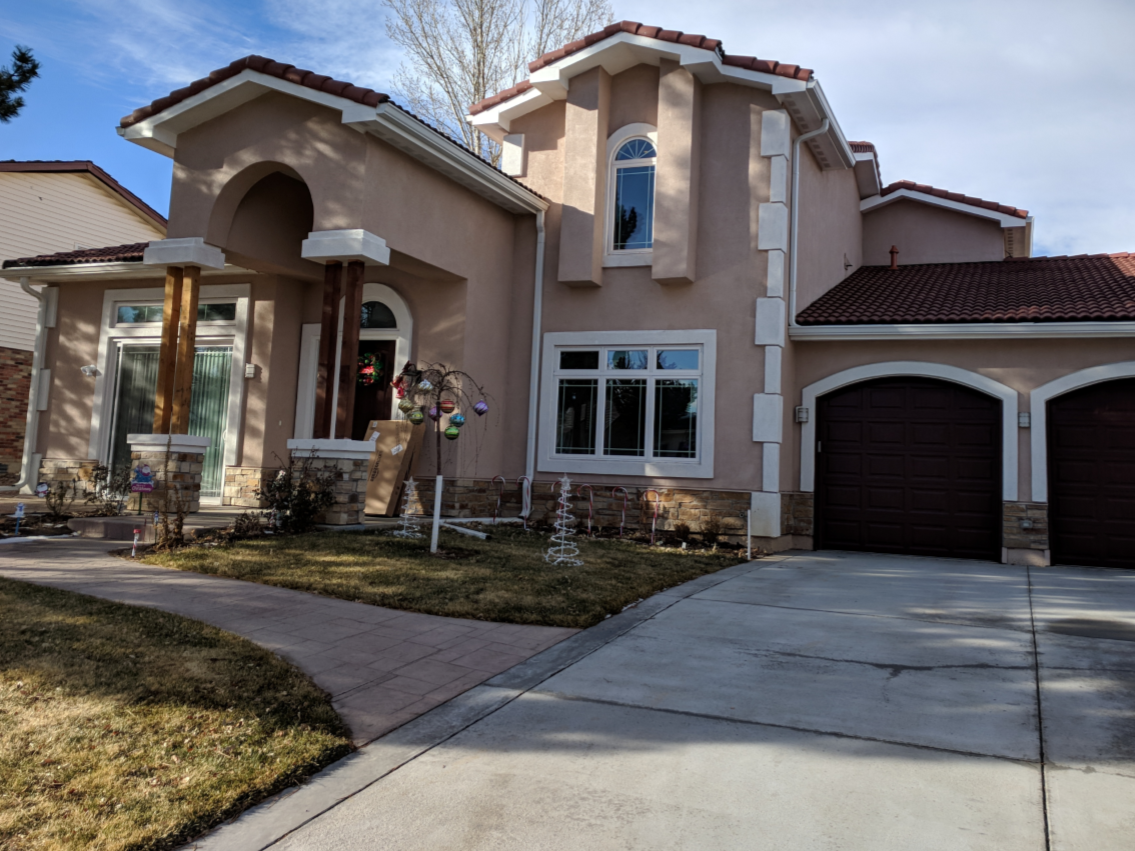 Leo Lech's rebuilt home after police destroyed his former house in a standoff with a gunman in 2015.

Provided by the city of Greenwood Village, Colo.

If Lech has his way, his legal battle is not over. Another lawyer for Lech, Rachel Maxam, said she hopes the U.S. Supreme Court will agree to review the case.

"If there was ever a case they would hear, this would be it. There are a lot of interesting issues involved," Maxam told NPR.

The case turns on legal technicalities about whether police acting in their official capacity can ever be seen as exerting eminent domain — when the government seizes private property for public use.

The appeals court, affirming the lower court, ruled that police attempting to make an arrest cannot be considered eminent domain, even when a property is severely damaged.

In fact, the court stated, when police are performing their public safety duties, they cannot be "burdened with the condition" that they pay for property damage.

The court noted that if police officers "willfully or wantonly" destroy property, they can be sued in a civil tort case. Lech tried to pursue that legal argument in Colorado state court, but he was not successful.

Lech said he will leave the legal quibbling to the attorneys, but he thinks his case illustrates a principle that should not generate much controversy.

"Whether you call it eminent domain or whatever, you can't be blowing up people's houses," he said.